I very recently became an Anime watcher, no, Anime binger seems more like it, honestly. Though believe me, I had my reservations; too many in fact, as a lot of people do, especially with Animes, K-dramas or K-pop. I did too, and still somehow here I am obsessing over these forms of entertainment that literally changed my life and the way I look at it. Yes, I know I sound like a fan, but that’s because I am one. I am still new to this particular world of Art and there is still a lot I need to discover, but as of now, I am just glad I am a part of it.

I remember being a kid when the whole Pokémon fiasco swept across the world. To be honest, I always had a thing against trends or following the hype – even the slightest technical upgrades made me feel like the elderly (I was probably 11 *eye roll*). Hence, I was also late to the whole Harry Potter fandom. Luckily, I caught that train before it was 9 and 3/4 years too late. Anyway, back to Pokémon, people would not shut up about it. It was Pikachu this and Pikachu that and I was annoyed! It was the same thing with Doremon, Sailor moon, and Naruto; and since I was unwilling to try it, I obviously didn’t get it and hence took the entire anime medium to be… well… not something for me and I decided to move on.

Fast forward to when I was a freshman in college, like a decade ago, wow, I happened to meet this pretty cool chick, let’s call her Dee. I liked the way she thought, we had easy conversations, we seemed to have a lot in common, she seemed chill (10 years later update, she is now my best friend, the most favorite person in my life and I would die for her, well maybe…., kinda…, probably… depends on the situation). She, apparently, was an anime fan but was very subtle about it at that time, however she once slipped it in a conversation to try it and I went “ughhhhhh“. But I trusted her enough so I did. She played it safe and recommended Death Note. Yeah. I saw the first few episodes and was into it, but then I got into dating and I can’t believe I let my priorities change that easily. Wish I knew then what I know now. Animes > boyfriends. For sure. In short, I got distracted and forgot about Kira.

My senior year in college, I was in the shittiest of relationships, I didn’t realize it then. My self-worth was pretty much non-existent to me, and I was looking for any form of escape in my very patriarchal society. Dee, then recommended me Itazura na Kiss. This, if you haven’t seen it, is one of those Shoujo animes of a cold-hearted guy and a loving girl who was devoted to him (to those who have watched this one, I probably know what you’re thinking… hold that thought) It was a story of, what I now realize, a relationship that was toxic as f*ck. But at that time, it was my escape. It made me feel normal, that I was ok, that shit happens but love still perseveres, blah blah blah…. Luckily, a few years later we realized it was an annoying crap that no woman should hold as a standard for romance. Dee and I cringe every time we think about how we watched and liked it, but after a very short discussion we figured out we both were just in very similar toxic relationships at that time. We were each other’s support and I guess that experience did make us even better friends. However, it took me a while to recover from sad relationships so I did occasionally watch Itazura na Kiss as a guilty pleasure every time I hit a low for the next couple of years. I then reached a point when I knew I could never watch this show again as I just felt annoyed every second of it, every time Kototo went “Irie-kun” and that it no longer was any form of entertainment or pleasure, and well I am not a masochist.

A few years later around, 2017, I was living in LA, surrounded by fun people and friends who were so very different than the people I grew up with. 2 of those friends, way…wayyyyyy younger than me, recommended the silliest of animes to me as a drinking game. Ouran High School Host Club. Now that was a fun one. I was pleasantly surprised by it, I could honestly say I had never seen anything like it – a reverse harem romantic comedy animation!? What!? But it had such a chill vibe, I don’t know if it was Haruhi’s uncaring attitude towards gender norms, Tamaki’s goofiness, Mori’s stoic-ness or maybe it was the alcohol. It was silly but entertaining, definitely not something I thought I’d enjoy.

I started to look for more romantic comedy anime, you know, “for research”. Dee was pretty happy that I was interested in animes again and so she recommended Kaichou wa Maid sama. That show gave me the shoujo giggles, enough to actually make me read its manga! The first and as of now one of the only 2 mangas I have ever read… yet. I started googling for similar animes and that turned into a slippery slope of me loving shoujo animes. Luckily this revelation came at a wonderful time since I had just ended a four year long relationship. I was depressed and lost and confused. All I did was watch cute shoujo animes like Toradora, Ao Haru ride, Kamisama Hajimemashita, Fruits basket, etc. They became my escape again. I binged like 25 shoujo animes in 2 months. Then graduated to Josei animes, Wotakoi: love is hard for an otaku is still one of my favorites, since, you know, I am considered an ‘adult’. Then revisited Death Note and was shocked at how I chose a ‘boyfriend’ over Light Yagami. When I finally came out as an ‘avid anime watcher’ to my amazing Dee, she asked me to check out Shokugeki no Soma (aka Food Wars) and that was it, I fell in love with shounen animes. Hilarious foodgasm? Definitely up my ally. Next up Haikyuu, then Free, Amagi Brilliant Park. I felt like I entered this whole new universe (may or may not include Hentai(?) Chotto Matte!! Let’s talk about that some other time, I mean, we’ve only just met!) Oh and I can’t even begin to talk about Slice of Life animes. These stories, plots, the characters, felt weirdly meaningful and well, in some cases literally out of this world to me. It changed the way I perceived quite a few things in my life.

It’s a truly inspiring world. I loved how challenges in these shows weren’t a threat to a lot of these characters, or how failure didn’t mean giving up but trying harder, a concept I had always struggled with – thanks to my fear of failure. You know when they say “Art Inspires You”?  I began to feel that. I would talk about it, write about it, I was motivated to try new things and I didn’t even realize I was doing them. They went from becoming my escape to a new path to explore. It felt like a friendship, one quite similar to the one I share with Dee as she too encourages me, inspires me, motivates me, makes me love and accept myself and I want to do the same for her. Anime went from an obsession during depression to the inspiration when I desperately needed it. A pure joy ride of new cosmos.

It’s 2021 now and I’ve hit, what I believe, quite a few extremely low moments so far, a recent last one being a rock bottom. But, occasionally, some random line, in some random Anime would find its way to me at the perfect time, to make me feel exactly what I needed to feel to get back up. I cannot begin to say how grateful I am for it, ’cause you see it’s more like anime didn’t come into my life when I deserved it, but it came in when I needed it (Wassup, Batman reference!).

I not only love this particular medium but have also gained respect for the community, the creators, the artists, the animators, and my fellow otakus, weebs, and weeblets. I like to believe there are 2 kinds of people in the world – the ones who absolutely love anime, and the ones who’ve never really tried it. Trust me, I’ve been both. So, to all the anime lovers, thank you for inviting me and letting me be a part of this, and to the ones who’ve never tried it, what’s the worst that could happen?

I do seem to have romanticized anime a little too much, that wasn’t my plan when I started writing this, but I guess it kinda works, right? Like why not? ‘Cause if it wasn’t for anime, I probably wouldn’t be here writing this in the first place, writing my first blog, on my first blog site. So, not gonna lie, I’m pretty happy right now.

Listen to is as a Podcast 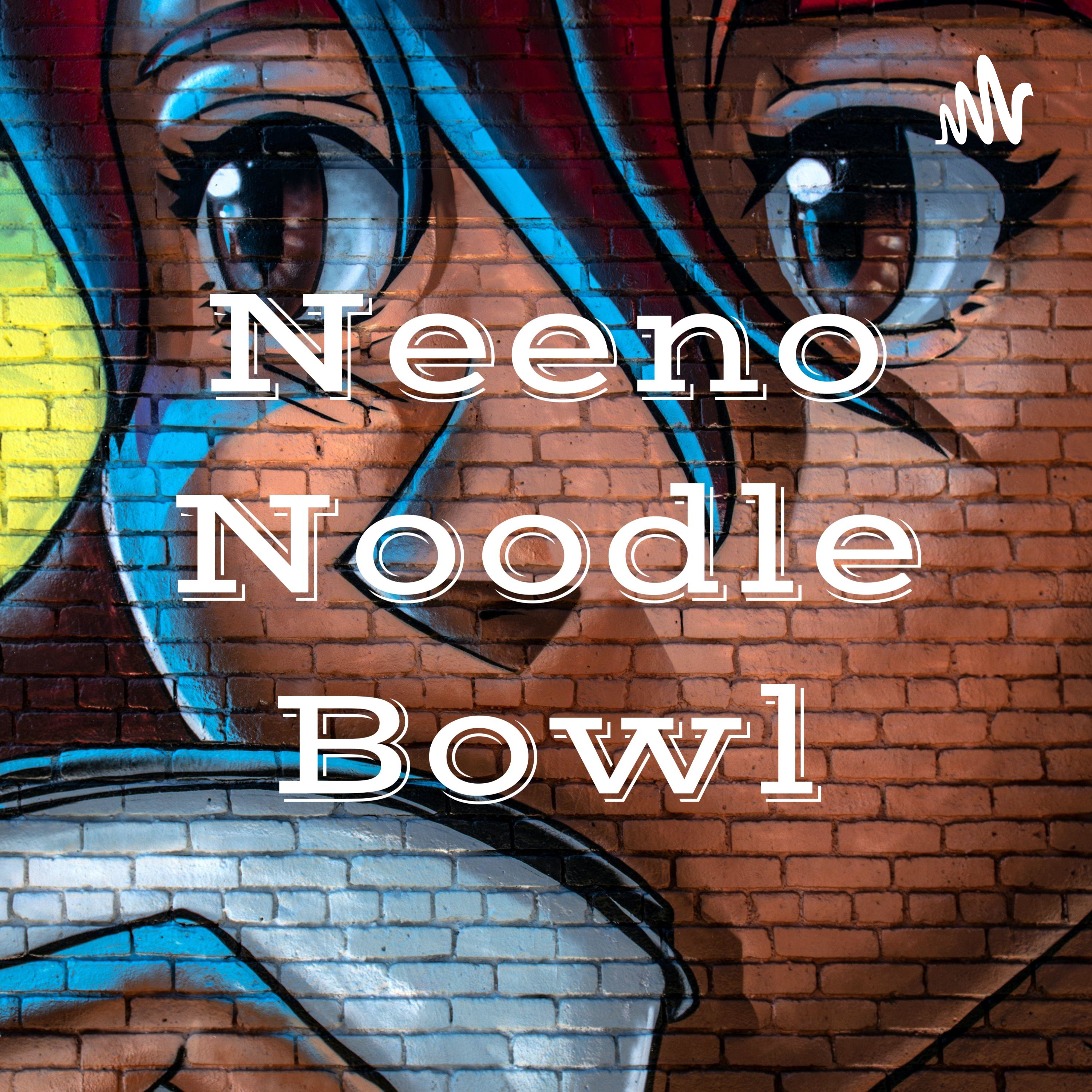 I was never really into animes before, so much so that it didn't really even exist in my life. But fortunately over the past couple of years some incidents in life led to a little doorway for Animes to squeeze its  way in. And boy am I glad it did. Because it changed my life. So this right here, my first episode is about how Animes slowly became a wonderful part of my life that I am so grateful for. Hope you enjoy it! 🙂

My new found love for Animes and Kdramas made me start this blog. View more posts